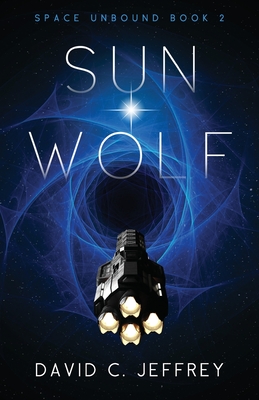 Year 2218. For fifty years after their discovery, the voidoids-eerie neo-quantum portals into nearby star systems-have enabled the human race to expand within a 36-light-year radius from Sol, but for unknown reasons not beyond. Exploration of Bound Space has provided valuable resources for restoring Earth's dying biosphere and for salvaging Martian terraforming projects. It also led to the greatest treasure of all-the discovery of Silvanus, the only Earth-like exoplanet known to exist in Bound Space, a living Gaia inhabited by a vast global intelligence.

But the voidoids are becoming increasingly unstable, fluxing in and out of existence, putting the entire human population on edge. All the gains made through the voidoids, and the promise of so much more, are now gravely threatened. No one knows why the voidoid fluxes are happening, or who is behind it, but one thing is for sure: if all the voidoids shut down, not only will humanity be locked out of Bound Space forever, but the Big Rip will be unleashed, a cosmological catastrophe of runaway dark energy that will literally tear Bound Space apart-everything from atoms to planets to stars, including all organic life. It will happen soon and will happen fast, unless someone can stop it.

That someone will have to be Aiden Macallan, the reluctant hero of the Chara Crisis, discoverer of the alien intelligence on Silvanus. Still haunted by a traumatic past and a potentially devastating addiction, he's given command of the UED's most powerful voidship, the Sun Wolf, and tasked with nothing short of preventing the certain annihilation of the human race. On a mission to solve the mystery of the failing voidoids, Aiden is accompanied by Roseph Hand, his laconic Executive Officer; Dr. Maryam Ebadi, the renown quantum astrophysicist from the Cauldron; and the combative Colonel Victor Aminu, a deeply suspicious government agent. Along with Aiden's hand-picked crew, they set out to investigate their only clue: the sighting of a mysterious vessel in the Alpha-2 Hydri system out on the Frontier, attempting to disrupt the system's voidoid.

But someone is trying to stop the Sun Wolf, someone following from the shadows, launching lethal attacks at every opportunity. Someone who just might want the destruction of the voidoids to proceed. Aiden soon realizes that to accomplish his mission he must find Dr. Elgin Woo, the most brilliant scientist in Bound Space, the eccentric founder of the Cauldron, and multiple Noble Prize-winning inventor of the zero-point drive. Woo is convinced that the voidoids are alive and that they function to keep our corner of the universe intact. He also knows who might be trying to destroy them, certain malevolent forces that only he and the Cauldron can oppose. The problem is, Woo disappeared nearly a year ago in his experimental spacecraft, the Starhawk, during an outlandish attempt to do the impossible-to jump to a star far beyond Bound Space, 127 light-years away. No one has heard from him since.

On a hunch that Woo may still be alive and stranded at his destination, Aiden believes the only way to find him is to figure out how he got there and do the same in the Sun Wolf. In a race against time, Aiden and his crew must find Elgin Woo before unimaginably dark forces catch up with them and before it's too late to save Bound Space from total destruction. But even if Aiden finds Woo in time, and even if Woo knows how to stop the rapidly approaching Big Rip, Aiden Macallan may be the only person alive with the unique physical and psychic gifts to actually pull it off.