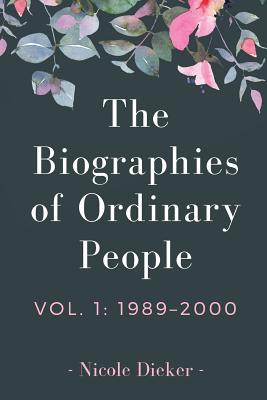 The Biographies of Ordinary People

A story of family, friendship, and art--and the past thirty years.

Written for fans of Betsy-Tacy, Little Women, or A Tree Grows in Brooklyn, the story is an episodic, ensemble narrative that takes us into intimately familiar experiences: putting on a play, falling out with a best friend, getting dial-up internet for the first time. Drinking sparkling wine out of a paper cup on December 31, 1999 and wondering what will happen next.

At the heart of the story is Meredith Gruber, the oldest Gruber sister and the one determined to figure out how "ordinary people" should live--because all the biographies she's ever read are about famous people. She wants to write and act, and her younger sister Jackie wants to sing opera, and the two of them pursue their goals with both ambition and limitations.