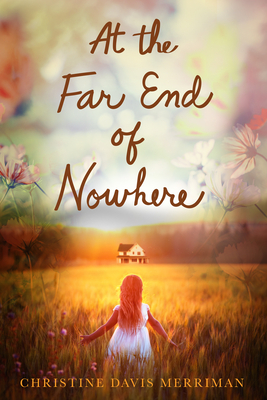 At the Far End of Nowhere (Paperback)

In this hauntingly unconventional novel, young Lissa Power challenges the imagination and captures the heart as she struggles to grow up under the guidance of her father, Stouten—a watchmaker, inventor, and mechanical wizard—who is easily old enough to be her grandfather.

When Lissa is twelve, her mother dies from breast cancer, and the reclusive old watchmaker, now 84 years old, must oversee his daughter’s coming of age. Faced with the loneliness of celibacy, the vulnerability of old age, and the responsibility of supporting two young children, Stouten remains determined to protect his beloved daughter from all harm. As Lissa matures, Stouten’s authority becomes increasingly restrictive.

Immersed in Stouten’s old-fashioned and eccentric worldview, Lissa becomes her father’s close companion, the mother of the house, and eventually her aging father’s caregiver. Enmeshed in a powerful bond, father and daughter fall back on obsessive-compulsive behavior to cope with sexual trauma, sickness, poverty, old age, and death.

Against a backdrop of tumultuous events in the 1950s, ’60s, and ’70s—the Cold War, political assassinations, the Vietnam War, peace protests, the Civil Rights movement, the moon landing, and the women’s liberation movement—Stouten uses storytelling to transport Lissa back with him to the time of his childhood—a much quieter time, but not an idyllic one, when horses and oxen plowed the fields and folks moved more slowly, with the rhythm of nature. Here At the Far End of Nowhere, father and daughter weave fact with fiction and merge reality with fantasy to reveal a broader truth.

Christine DavisMerriman completed her MFA in Imaginative Writing/Fiction at UMass Amherst forty years ago. As an undergrad, she won Towson State University’s John S. Lewis Fiction Award for a collection of short stories, and was eager to pursue a career in fiction. Then “life” intervened, with marriage, a son, divorce, a second marriage, and a thirty-year career at Johns Hopkins. In 2017, she retired, put down her technical writer’s pen, and completed her debut novel, At the Far End of Nowhere. Christine and her husband live in a 1929 farmhouse in northern Baltimore County, Maryland.