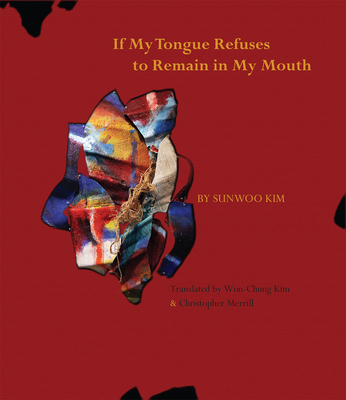 If My Tongue Refuses to Remain in My Mouth

Sunwoo Kim’s debut collection of poems, If My Tongue Refuses to Remain in My Mouth, appeared in 2000, declaring in the boldest terms that at the outset of the new millennium she would bring to the page a radically different conception of poetry. Central to her work is the belief that in what Lao Tzu calls “the world of ten thousand things” the poet reveals the manifold ways in which one thing is connected to another, her poetic self-expanding into the world even as the world flows into her. This interconnectedness marks a return to a maternal, communal, and ecological view of the human condition.

Sunwoo Kim has published several books of nonfiction, four novels, and five books of poetry including Falling Asleep Under Peach Flowers and A Nocturne. She has received the Modern Literary Award and the Cheong Sangbyung Poetry Award. She lives in Seoul. Won-Chung Kim is a professor of English Literature at Sungkyunkwan University where he teaches contemporary American poetry, ecological literature, and translation. He has published The Dictionary of Cultural Literacy and co-edited East Asian Ecocriticisms: A Critical Reader. He has translated ten books of Korean poetry. He lives in Seoul. Christopher Merrill directs the International Writing Program at the University of Iowa. He has published six collections of poetry, including Necessities and Watch Fire, for which he received the Lavan Younger Poets Award from the Academy of American Poets; several edited volumes, among them, The Forgotten Language: Contemporary Poets and Nature; and five books of nonfiction, most recently, Things of the Hidden God and The Tree of the Doves. He lives in Iowa City, Iowa.
Loading...
or
Not Currently Available for Direct Purchase