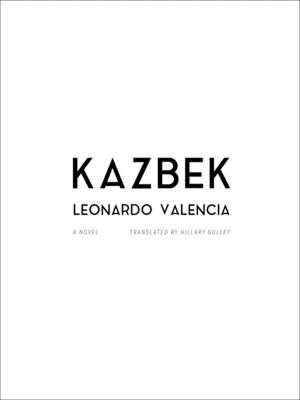 Kazbek is a book about books. As such, it will entertain readers with a sense of wonder at how books can entrance even when they appear to lay bare their devices. This book will leave such readers entranced and entertained at how it performs its own role as what a character in Kazbek, the artist Mr. Peer, terms a Small Format Book. Kazbek, the book's main character, is a writer who has been hired by Mr. Peer to provide short textual captions to a series of drawings he has created. These sixteen drawings are included in the second part of novella, with Kazbek's short meditations on each. These, like the book as a whole, do not put an end to anything, thereby demonstrating one of the key "approximations" (defining traits would be too definitive) of the Small Format Book: it is short book that never seems to end. It is also a book readers never expected to find, one that no one knows how to categorize, or what the critics have said about it, or who published it. It is a book that creates a silence so readers can hear the fountain flow.

Hillary Gulley is an award-winning translator of fiction and poetry from Spanish, Italian, and Portuguese. She has served as a guest editor for Words Without Borders and taught literary translation at Baruch College and Drew University. Her extensive work on Cuban writers has been anthologized, most recently, in Island In The Light/Isla en la luz (Tra Publishing, 2019). Leonardo Valencia was born in Guayaquil, Ecuador, in 1969. He is the author of a short story collection, La luna nómada (1995), the novels El desterrado (2000), El libro flotante (2006), Kazbek (2008), and La escalera de Bramante (2019), and the essay collections El síndrome de Falcón (2008), Viaje al círculo de fuego (2014), and Moneda al aire: sobre la novela y la crítica (2017). His work has been included in over fifteen international anthologies and translated into English, French, Italian, Hebrew, and Bulgarian. In 2007 the Hay Festival de Bogotá 39 recognized him as one of Latin America’s most prominent writers. He is a Professor of Literature and Creative Writing at the Universidad Andina Simón Bolívar in Quito.
or support indie stores by buying on