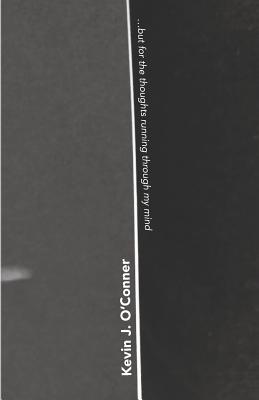 ...but for the thoughts running through my mind

The eighth collection of poems by Kevin J. O'Conner. The book is arranged in six sections:

Alphabet Poems I
Twenty-six poems, one per letter of the alphabet.

Scenarios and Observations
Observations--some fictional, others based on experience.

Grief
A handful of poems about loss.

In My Bubble
Poems about experiences and/or perceptions.

Tthe book contains a total of 94 poems, including 'The doors on the right will open', 'Bill Bixby tongue twister', 'Quest of the missing blue Peep', and ''Be safe out there.''