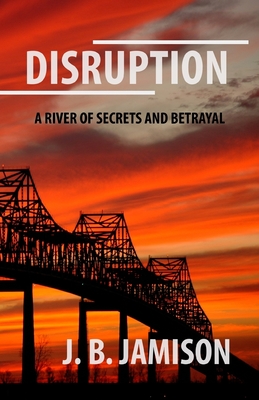 A River of Secrets and Betrayal

Some men like to give Emily Graham a difficult time. Once. A group team takes control of a Mississippi river towboat North of New Orleans and use it as their platform to carry out a mission designed to split the nation in half. Agent Emily Graham is already stressed-to-the max when she finds herself thrust into the role of having to figure out what is going on and find a way to stop it. Over the span of a very short week, Agent Graham finds that nothing is quite what it appears to be, no one is who they say they are, and the two people who have been her greatest strength are taken away from her; one quickly, and the other one day at a time. The result is a very determined, and very irritated FBI Agent. Agent Graham chases clues from New Orleans, to Louisville, to Memphis and St. Louis, with several stops in between, while the riverboat and its mission slowly continue up the Mississippi. When it is clear that force is not the solution, Graham relies on her gut and leads her group to a confrontation that ends one problem and creates an even bigger one in the process. Along the way, Graham discovers two important things. First, is the belief that even as she uncovers the secrets of this mission, there is something even bigger hiding just out of her sight. Second, Graham is reminded that it is never a good idea to break her number one rule in life. Never, EVER, ask, "What's next?" Disruption is the first book in the Emily Graham Series but can be read as a stand-alone story.

J. B. Jamison is a life-long believer in the power of stories. First as a pastor, then educator, then creator of Centers for Innovation at multiple universities, and finally as the Director of a national Game and Simulation academic degree program, stories have played a central role in his work and have remained a passion throughout his life. A published author and a long-time gamer, he has consulted with major game development companies and developed a series of learning games for children. Most importantly, John is the proud grandpa of Benjamin William and Emily Grace, the future rulers of the real and virtual universes. Disruption is his first novel.
Loading...
or support indie stores by buying on