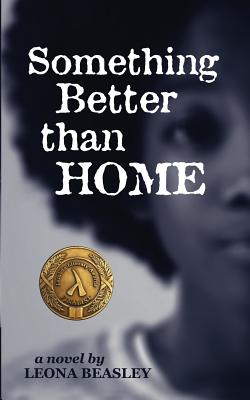 Something Better than Home

Born with a wit, imagination and an insatiable desire to be herself Onnie Armstrong crowns herself king in her small backyard in Eleven Light City. But being a king isn't what a proper Southern girl should desire. Nor should she kiss other girls, go on adventures, or want to live some place other than the city she was born. To keep Onnie in line, Daddy watches her every move and will make his point with his belt - Mama employs preachy folk sayings and the occasional lick, while both insist there isn't time to be gay or to dream of faraway lands. School is the focus and college in Eleven Light City is the goal. But when Mama feels she's losing control, and her only child could become a full-fledged lesbian she whisks Onnie off for a summer visit with her uncle in San Francisco, but unknown to Mama it is the epicenter of gay life. Onnie not only gets a front row seat to gay culture but now she has a real place in mind when she imagines herself escaping from home. With sheer will, drive and a little planning Onnie propels herself toward her future but she'll have to wage a final battle with Mama and Daddy if she is to live the life she's always wanted.

"This is a funny, emotional, and sometimes terrifying story about loving a place, and the people who live there, but still needing to escape. Leona Beasley has mastered her setting, a city in the American South in the 1970s, and she explores its textures and tensions -- around class, race, and sexuality -- in clever and inventive ways. Her coming-of-age novel is about growing up different, and it resists the usual cliches with wit and with sharply drawn, authentic characters who are full of surprises. I've never been to 'Eleven Light City, ' but it sounds like a hell of a place."
--Ben Steverman, writer and editor at Bloomberg News