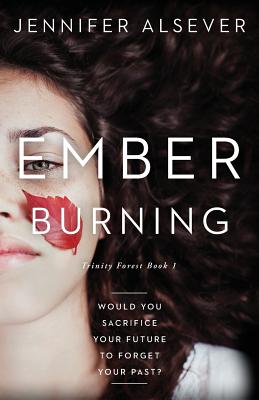 Senior year was supposed to be great--that's what Ember's friend Maddie promised at the beginning of the year. Instead, Ember Trouv spends the year drifting in and out of life like a ghost, haunted by her parents' recent, tragic death.

At home, she pores over her secret obsession: pictures of missing kids-- from newspaper articles, from grocery store flyers-- that she's glued inside a spiral notebook. Like her, the people are lost. Like her, she discovers, they had been looking for a way to numb their pain when they disappeared.

When Ember finds herself in Trinity Forest one day, a place locals stay away from at all costs, she befriends a group of teenagers who are out camping. Hanging out with them in the forest tainted with urban legends of witchcraft and strange disappearances, she has more fun than she can remember having. But something isn't right.

The candy-covered wickedness she finds in Trinity proves to be a great escape, until she discovers she can never go home. Will Ember confront the truth behind her parents' death, or stay blissfully numb and lose herself to the forest forever?