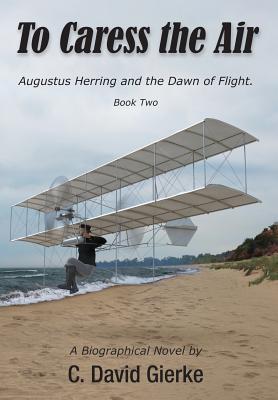 Augustus Herring and the Dawn of Flight. Book Two

To Caress the Air continues to track the progress of Augustus Herring as he prepares to fly his revolutionary powered aeroplane. Gus, still optimistic after a series of nagging technical setbacks, believes that the upcoming trials will be the "next great step" in unraveling the problems of manned, heavier-than-air flight.

A series of tragic events pushed Herring to the brink of financial ruin. Moving his family back East, Gus helps to establish the Aero Club of America, where he met Glenn H. Curtiss. The men agree to combine their talents and form the Herring-Curtiss Company, to capitalize on the fledgling U.S. aeroplane market. A combination of greed and ego on Curtiss's part soon drives the business into bankruptcy. Freed from the partnership with Herring, Curtiss and his new companies make millions from the sale of aeroplanes to foreign countries during WWI - machines that incorporated many of Herring's innovations. At war's end, Gus files suit in the New York State Supreme Court, where he petitions for fair compensation on behalf of the investors in the Herring-Curtiss Company.

Acrimony in the courtroom takes a violent turn as hostility builds between the litigants and their respective lawyers; the stress ravages Herring's health and puts the legal proceedings at risk. Will a mistrial be declared? How will the judge rule? An extraordinary, genuine quirk of fate leads to the final resolution of the case. Herring's story stirs controversy and breathes new life into the debate about "Who really invented the aeroplane?"