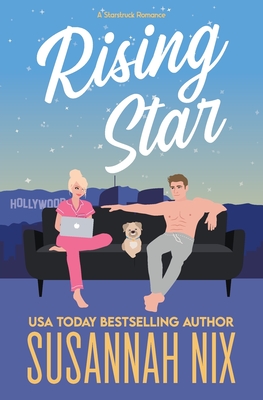 A Hollywood star and a dog sitter find an unlikely happy ending in this heartwarming forced-proximity romance from award-winning and USA Today bestselling author Susannah Nix.

When you wish upon a movie star...

Griffin Beach has it all: a smoking-hot bod, a house in the Hollywood Hills, and a starring film role that's about to launch him into superstardom.

The only thing he needs now is a dog sitter...

The perfect solution appears in the form of Alice, a shy grad student who isn't impressed by him but LOVES his dog. And hey, maybe Griffin can charm her into changing her mind about him.

Alice Carlisle has her reasons for being wary of the womanizing actor. But since she's about to be jobless and homeless, she can't afford to reject Griffin's offer to house-sit. She'll just have to avoid him during the short time they'll be sharing an address.

Except Griffin isn't so easy to ignore-especially when he's making her laugh, cooking her late-night pancakes, or parading around in nothing but a towel. Attraction wasn't supposed to be part of the arrangement, but the man behind that slick movie star smile is impossible to resist.

Can Alice let her guard down and learn to trust again? And can Griffin stop trying to please everyone else long enough to realize Alice is the best thing that ever happened to him?