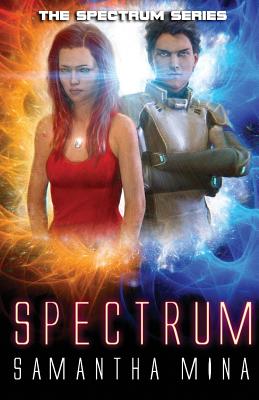 Since the dawn of Second Earth, the Island of Fire has awaited the arrival of the one mage whose dominion over the global magic network-the spectrum-will enable her to rescue the primitive, totalitarian nation from obscurity. But, when Scarlet July is born, her extraordinary magic unexpectedly renders her a third-class citizen, denied the right to education, employment and, ultimately, life. Evading execution, Scarlet finds herself orphaned and alone, struggling to survive and find her purpose. Three-thousand miles north, in the ice island of Ichthyosis, Diving Fleet Commander Cease Lechatelierite has never had to question his purpose. Since childhood, he's been set on track toward one goal: to annihilate magekind. But, when he comes face-to-face with Scarlet and learns her story, what will become of the convictions he's held since birth? This six-part series follows an eclectic cast of teens fighting to find their place in the wars plaguing their dystopian world. From fantastical world-building, to combat sequences, to geopolitics, to the exploration of a soldier's psyche, to social commentary, to the turmoil of young adulthood, to forbidden romance, Spectrum is a fast-paced, character-driven, sci-fi/fantasy adventure for the Hunger Games generation.

Samantha Mina graduated at the top of her class at the University of Virginia, majoring in Political Science, Anthropology and English, and has since worked in law, government, human resources and office management. She has served as the Director of Support and Silver Wings Liaison for Arnold Air Society Area II. She has poetry, short stories, research, essays, articles and artwork published in several literary magazines and journals. Her personal story and acting were featured in Discovery Health Channel's Mystery Diagnosis Program, airing internationally. She lives in Reston, Virginia, a few miles outside the nation's capital.
Loading...
or support indie stores by buying on