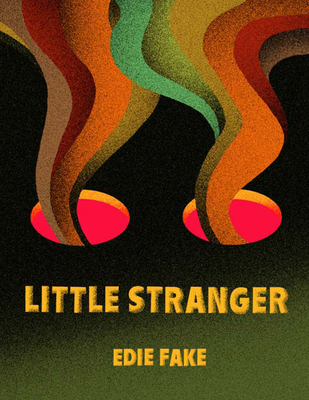 What's silly, scary and sexy? Edie Fake's comics forged an entire aesthetic of art and queer culture. Since his Ignatz Award winning Gaylord Phoenix, Fake's comics have only appeared in underground anthologies and zines. At last, these rare comics can all be found under the covers of a Little Stranger. You'll never look at a turkey the same way again.

Edie Fake was born in Chicagoland in 1980. He graduated from the RISD in 2002 and has since clocked time in New York, Los Angeles, San Francisco and Baltimore. He was one of the first recipients of Printed Matter's Awards for Artists and his collection of comics, Gaylord Phoenix, won the 2011 Ignatz Award for Outstanding Graphic Novel. In 2011 he helped found the Chicago Alternative Comics Expo (CAKE). Edie Fake is one of the USC7--the MFA class that collectively dropped out of USC's Roski School of Art and Design after the school went back on its financial offers and dismissed respected faculty. His illustrations have appeared in Lumpen Magazine, the New City and the New York Times. Fake's art has been given solo exhibitions at galleries around the world, including the Thomas Robertello Gallery, Western Exhibitions and New York's Marlborough Chelsea Gallery. He lives and works in the California High Desert.
Loading...
or support indie stores by buying on