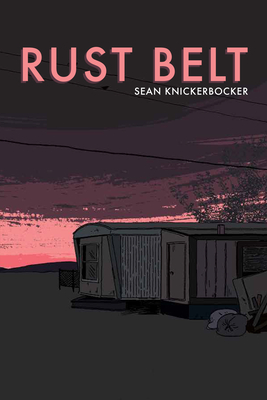 Some people aren't invited to the Resistance. They meet no definition of the Other. Identity politics excludes them. They're called unlucky when they fall victim to economic injustice. They even take the blame for our national crises - but who are these people? Rust Belt looks right at the underemployed, the working poor and the dreamers of America's changing, post-industrial cities.

Sean Knickerbocker is a cartoonist, illustrator, and printer. He graduated from the Center For Cartoon Studies in 2012. His comics have appeared in Ecotone, Irene, and the Nib among other publications. He is a native of West Valley, New York and currently lives in Minneapolis, Minnesota.
Loading...
or support indie stores by buying on