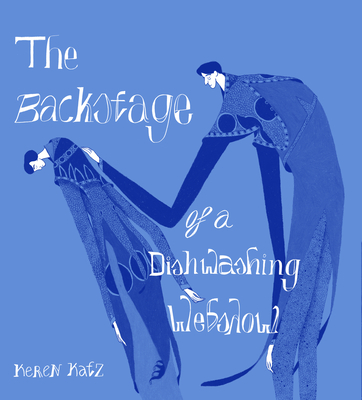 The Backstage of a Dishwashing Webshow

Rivi's been accepted to Mount Scopus Academy, where everyone reverts to who they were before. Escaping Mount Scopus is like escaping your dysfunctional childhood-- you end up recreating it. Is that cute boy following her, or is she dating her father? The familiar has its own gravity; just don't fall for it. Even the best of us have daddy issues.

Keren Katz is an Israeli-born cartoonist, writer, and the non-fictitious half of The Katz Sisters Duo. She is a graduate of the School of Visual Arts's MFA Illustration Program. She is the author of the Academic Hour (Secret Acres), nominated for the SPX Ignatz Award for Outstanding Artist. Her work has been published in anthologies by Smoke Signal, Locust Moon, Rough House, Ink Brick, Retrofit Comics, The Brooklyn Rail, Carrier Pigeon, Seven Stories Press and NOW. Katz is the current Center for Cartoon Studies fellow, and recipient of the SVA Alumni Society 2013 Micro-Grant, the Sequential Artists Workshop's 2014 Micro Grant, the Museum of Comics and Cartoon Art's 2015 Silver Medal and Award of Excellence, the 2018 Slate Book Review and the Center for Cartoon Studies sixth annual Cartoonist Studio Prize for Best Print Comic (The Academic Hour) and the Cartoon Crossroad Columbus Emerging Talent Prize.
Loading...
or support indie stores by buying on