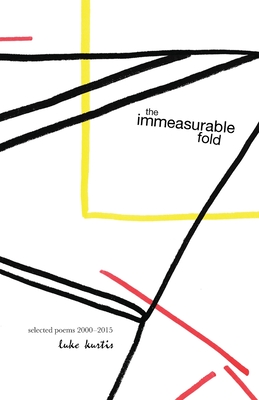 the immeasurable fold is an autobiographical poetry collection that explores the poet's trajectory from rural southern farm boy to life as a Greenwich Village artist. The poems recount memories of family, hurt, love, loss, joy, sadness, longing, and forgiveness all through the lens of a spiritual reckoning.

Not a typical selected-works collection, nor exclusively new work, the immeasurable fold is based upon a manuscript of poems written in early 2000 titled lazy dreams and other memories. Though the full-length manuscript remains unpublished, in 2005 kurtis included a selection of those poems (along with a few newer ones) in his debut solo exhibition, for which he used the same title. bd-studios.com published a small, limited edition exhibition catalog of those poems and photographs. Long out-of-print, those poems, additional/unpublished poems from the original manuscript, as well as new poems written in the years since-altogether spanning a decade and a half, from 2000 through 2015-have been compiled in this new collection.