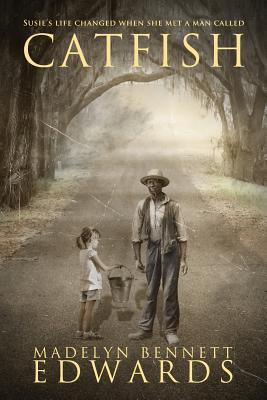 It's the 1960's and early 70's in a small town in the Deep South where Susanna Burton, a white girl whose traumatic home life is hidden behind her father's power, finds a forbidden world of love and acceptance with a Negro family. She falls for Rodney Thibault, a colored boy who gives her the tenderness and warmth she's never known, when anti-miscegenation laws are still in effect. Even after the supreme court rules against these laws in 1967, the KKK, other white supremacists, and Susie's parents continue to enforce them. From teenagers to young adults, while the two are forced to go their separate ways, date people of their own race, and live apart, the one thing that keeps bringing them back together is the patriarch of the Negro family, Catfish, who becomes Susie's surrogate grandfather.

How this unlikely pair navigates the white girl's physical and emotional abuse and the black boy's and his family's encounters with the KKK, forms the character and inner strength these two young people need to finally take charge of their own destinies.

Today, 2017
Race in America seems to be growing more divisive even as mixed-race couples break barriers and bring more colorless children into the world. Why this divide exists is a thorn for Madelyn Edwards who was raised by a woman of color whom she still loves beyond measure.

In her debut novel, Catfish, Madelyn subtly explores the chasm between black and white families that existed in the Deep South in the 1960's and '70's when Jim Crow and the Ku Klux Klan defied federal laws. She tells the story of an older Negro man named, Catfish, who befriends a young white girl and shows the child what a true, loving family is all about. Susie Burton finds her real self through her love for Catfish, his granddaughter, Marianne, and the Burton's help, Tootsie. Susie falls in love with a colored boy, Rodney Thibault, Marianne's cousin. The young couple's journey is fraught with violence and abuse as everyone from the Klan to Susie's dad try to keep them apart.

If readers find themselves routing for Rodney and Susie at the end of the book, Madelyn feels she has accomplished her task of blending color lines and making prejudice a forgotten emotion with Catfish.