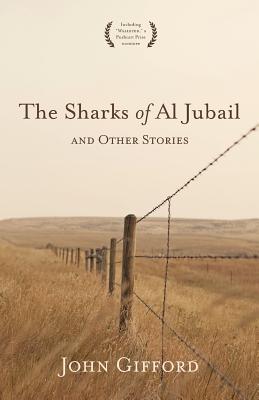 The Sharks of Al Jubail and Other Stories

The nine stories in The Sharks of Al Jubail celebrate the resilience of the human spirit and explore the value of freedom and the meaning of identity. In "What Money Won't Buy," a college dropout comes to understand the significance of his own name, and the protagonist in "Something to Hold On To" has a chance encounter with a family friend that inspires him to become the father he never had.

In "It Gets Under Your Skin," a teenager striving to adjust to life on a minnow farm after the disappearance of his mother finds himself fighting not only for a place on his school's football team but also his own future. The Sharks of Al Jubail reminds us, among other things, that failure is not the end but a beginning, and that, very often, hope awaits where we least expect it.

JOHN GIFFORD is a writer, photographer, naturalist, and U.S. Marine Corps veteran of the Persian Gulf War. He's the author of several books, including the angling guide, Oklahoma Sportfishing (2002), and another collection of short fiction, Wish You Were Here (2016). His work has appeared in The Saturday Evening Post, Arkansas Review, The Christian Science Monitor, Southwest Review, The Atlantic, The Los Angeles Review, and elsewhere. He lives in Oklahoma.