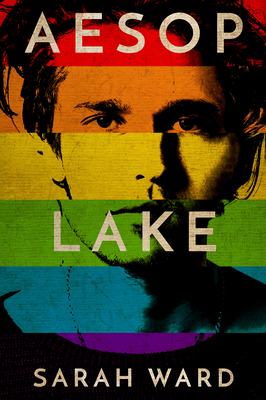 One warm May night at the town reservoir, seventeen-year-old Leda Keogh sees her boyfriend do something awful. She wants to forget it ever happened, but David needs her to be his alibi—and is willing to destroy her family if she refuses. Trapped, Leda must choose between the truth, her boyfriend, and her family.

Jonathan Tanner-Eales feels like an outsider. He’s gay, and life in rural Vermont hasn’t been as idyllic as he hoped it would be. When Jonathan and his boyfriend, Ricky, are attacked during a night swim, Jonathan manages to escape, but must watch, helpless, as Ricky is beaten. Jonathan, plagued by trauma and fear, wrestles with anger and shame in the aftermath of the crime.

That summer Leda and Jonathan are swept together by chance, and both must reckon with fundamental questions of loyalty and courage. What does it mean to speak the truth when a lie protects the ones you love? Will Leda put the fate of her family and her boyfriend first, or can Jonathan persuade her to tell the truth?

"A hate crime thrusts two high school acquaintances in rural Vermont into a quandary of loyalty and moral responsibility.

To subdue the temper of handsome, jealous boyfriend David, Leda suggests a skinny dip. When they arrive at the reservoir, gay couple Jonathan and Ricky are already there. David cites religion and biology to support his disgust and summons a cohort to “scare” the boys. Leda pleads for David to leave them alone but is sequestered in the car, frozen. The attack escalates into gunfire, and while Jonathan escapes, Ricky is beaten into a catatonic state. Meanwhile, Leda is blackmailed by David into being his alibi. Wishing to escape the highly publicized hate-crime trial, Leda and Jonathan unwittingly end up at the same wealthy family’s remote lakeside resort (Leda as nanny, Jonathan as family guest). Knowing her alibi is false, Jonathan aggressively confronts Leda. Emphasizing that there’s no shame in recovering at your own pace but no refuge from responsibility either, three illustrated Aesop fables punctuate the well-paced novel, reinforcing the messages imparted. David and his macho cohorts demonstrate that despite progress, retaliation fueled by misguided zealotry is still a real threat. The reprehensibility of not being an ally is communicated without proselytizing, and a discussion guide serves as a conversation starter for this difficult subject. All main characters are white.

96Normal0falsefalsefalseEN-USX-NONEX-NONESarah Ward writes young adult fiction, poetry and journal articles in the field of child welfare. She lives with her husband in Williston, Vermont and in her limited spare time, Sarah enjoys a good book, a little yoga and a cup of tea.
Loading...
or
Not Currently Available for Direct Purchase