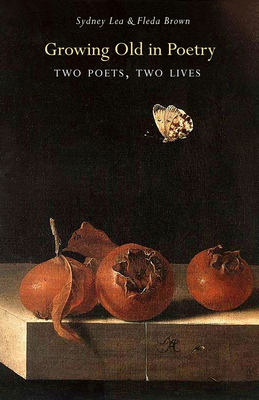 Normal0falsefalsefalseEN-USJAX-NONE Sydney Lea and Fleda Brown, past poets laureate of their respective states and both nationally recognized writers who’ve given their lives to their art, have conspired to write an unusual book of essays. They’ve picked a wide variety of topics and headed out as they wished with each, covering a lot of territory, both artistic and memoiristic. Some of the pieces, like “Wild Animals,” are downright silly; some, like “Sex,” “Music,” and “Food,” are provocative; some, like “Clothes,” “Sports,” and “Houses,” appear ordinary but are ultimately revealing. The final essay offers, from each, a personal look at how a poet lives and writes in this troubling time. The excitement of this collection is in the details—how lives are lived and poems written over time, and at last, an entire body of work as witness.

Sydney Lea was Poet Laureate of Vermont (2011–15). His twelfth collection of poems, “No Doubt the Nameless,” was published in 2016 by Four Way Books. His fourth collection of lyrical essays, “What’s the Story? Short Takes on a Life Grown Long,” appeared in 2015 from Green Writers Press. A former Pulitzer finalist and a winner of the peer-reviewed Poets’ Prize, Lea founded and for thirteen years edited New England Review. Before his retirement, he had taught at Dartmouth, Yale, Middlebury, Franklin College (Switzerland), Eötvös Loránd University (Budapest), and elsewhere. His work has appeared in The New Yorker, The Atlantic, The New Republic, The New York Times, Sports Illustrated, and all the major US literary journals. He has received fellowships from the Guggenheim, Fulbright, and Rockefeller Foundations. His thirteenth book of poems, “Here,” will appear in 2018. He and his successor as Vermont state poet Chard deNiord have recently published “Roads Taken,” an anthology of contemporary Vermont poetry.