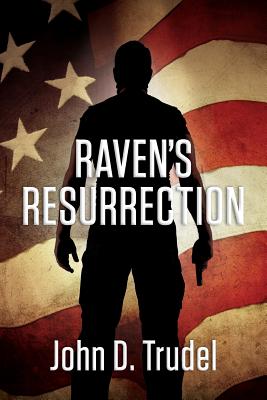 Josie, a paranormal viewer, is a national resource. She can see what others cannot. Raven's job is to protect her, but America's enemies have allies in high places. His team is targeted.

The book opens with Raven and Josie isolated in a compromised safe house. They warn that a jihadist kill team is coming. The government sends an FBI counterterrorism unit which is overwhelmed by a military force with heavy weapons. California asserts purview of the crime scene.

An underground Iranian Quds base is discovered by Josie. This is an act of war, invasion, a foreign military base with WMDs on America soil. The base is protected by "Cal-Exit" State officials, Washington insiders, and Mexican drug cartels.

While the military is pondering what to do, Raven and Josie are left to innovate. It leads Raven to extreme actions and involvement with a beautiful spy run by a legendary Russian spymaster. Despite common interests, the Russians can't be trusted.

Russia and Iran are allies. Raven needs help, but his working with Russia is unsanctioned, off the books, and under a false flag. Staying alive may pose a more difficult challenge than dealing with Iran's Quds Force.