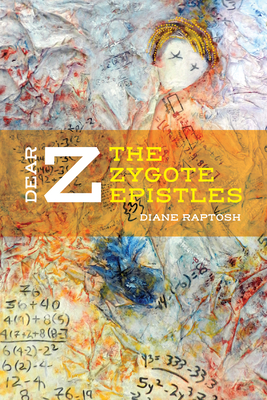 Written by an aunt to her potential niece, the letters in Dear Z: The Zygote Epistles introduce the "Z" to the wildly vexed work of taking on--and hanging onto selfhood. Shape-shifting from love poems to prose poems, musical spells to logic equations monostiches to math symbols, these letters meditate on self and world--specifically, what personhood, identity and community membership might entail in a perilous age. With these epistles' "epi-pen," the speaker takes her zygote-niece on a virtual tour of the checkered landscape that is 21 st - century America, where Alphabet now is a firm on the Nasdaq, prisons harvest children for profit, and the architectures of authentic personhood are almost always under siege. In the spirit of serious play, Dear Z's narrative arc bends toward hope as some of the poems test out rap and Old English, while others yearn toward blues, rock, and animal-sound. The book casts a wide net of wonderings about self and other, mind and marketplace, language and consciousness: "Is language anguish gauge or laughing gas? / Correct answer: yes," suggests the speaker. Some of the poems take solace in the South Sea Islander from Moby-Dick the character Queequeg, who, traveling through time, implies through his tattooed runes that he wants us all to serve as real-time person assisters. In Dear Z, we are summoned to ask What is one i?, while at the same time we are called to see all citizens as members of "my group"--the pain of others, our severest strand of anguish.

Diane Raptosh's fourth book of poetry, American Amnesiac, (Etruscan Press) was longlisted for the 2013 National Book Award and was a finalist for the Housatonic Book Award. The recipient of three fellowships in literature from the Idaho Commission on the Arts, she served as the Boise Poet Laureate (2013) as well as the Idaho Writer-in-Residence (2013-2016), the highest literary honor in the state). In 2018 she received the Idaho Governor's Arts Award in Excellence. A highly active ambassador for poetry, she has given poetry workshops everywhere from riverbanks to maximum security prisons. She teaches creative writing and runs the program in Criminal Justice/Prison Studies at The College of Idaho. Her most recent collection of poems, Human Directional, was released by Etruscan Press in 2016.
Loading...
or support indie stores by buying on