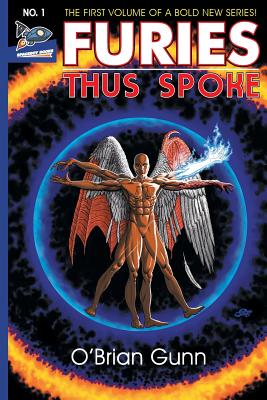 The heralds of the new age are here...in all their furious glory

Alpha-Omegas: Humans blessed/cursed with abnormal abilities that manifest in anyone at any time.

A scientist discovers an unexplained force emitting from his hands.

A disturbed woman's personality and sanity split between an actual angel and a demon.

A parole officer burns with platinum flames and becomes the Sovereign of God.

A detective finds himself unable to protect his city against superpowered criminals.

They didn't ask to be part of the world of Alpha-Omegas. They only wanted to live normal lives. But there's no arguing with biology.

When a celebrity family of Alpha-Omegas is murdered under suspicious circumstances, all six become accidental heroes when they're tasked with uncovering the truth--but what if the truth is being redefined along with what it means to be human?