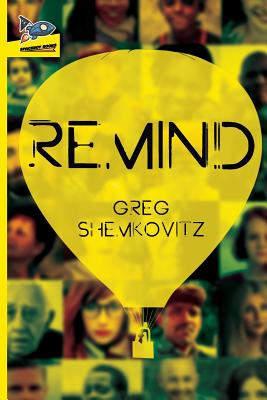 In order to reduce crime, everyone has been implanted with a chip at birth that feeds them the identity of all other citizens of System City, making everyone immediately recognizable.

Haddy knows all the darkest corners and underground hideaways of the city, maybe better than anyone. She has to as one of the city's many outcasts--or Haydens, as they're known in the System. It's the same system that feeds everyone's identity.

But when Haddy crashes a car and nearly dies, her chip is fried. She no longer recognizes the people around her, not her fellow Haydens, and barely even herself. Trying to navigate with a faulty memory, she soon learns that her crash wasn't an accident--but that somebody tried to kill her. And now she's being stalked by three mysterious men, each looking to exploit her in some way.

The resulting pursuit--and her struggle to find an identity in a world that she no longer recognizes--takes Haddy to a colony outside of the city where she learns that she is not the only one with a fried chip. Nor is she the only one in danger. Her crash is part of an epidemic brought on by a much larger conspiracy, one that reaches far deeper than the mind.