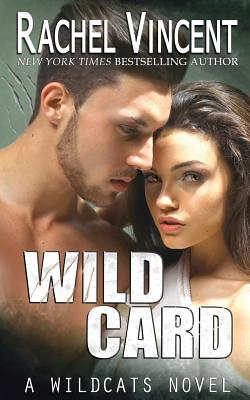 Kaci Dillon is a man-eater. She's grown up on the fringes of shifter society, hearing the whispers. One desperate act as a starving, terrified child has made her the first tabby in history with no romantic prospects. But whatever. Eighteen is too young to get married anyway. Still, when she stumbles upon an opportunity to get away for a few days, who could blame her for seizing it? Justus Alexander is screwed. Confined to the South-Central territory, awaiting trial for crimes he committed as a traumatized, newly infected stray, Justus has discovered that the tribunal already intends to vote for the death penalty. He has no choice but to run. Too young to touch the trust fund that could finance his escape, he's betting on a big win at the poker tables-until Kaci, his secret crush, catches him sneaking out and demands that he take her with him to Las Vegas... After a wild night she can't remember, Kaci wakes up with a ring on her finger, next to a young billionaire who can't access his fortune until he turns twenty-five-or ties the knot. If she can keep her hands off her hot, charismatic new groom, she can have their unconsummated marriage annulled. But can she really abandon Justus to his death sentence, just to undo her own mistake?

Rachel Vincent is a former English teacher and an eager champion of the Oxford comma. She shares her home in Oklahoma with two cats, two teenagers, and her husband, who's been her # 1 fan from the start. Rachel is older than she looks and younger than she feels, and she remains convinced that writing about the things that scare her is the cheapest form of therapy--but social media is a close second. You can follow her online at: http: //www.rachelvincent.com https: //www.facebook.com/rachelkvincent/ https: //twitter.com/rachelkvincent https: //www.instagram.com/rachelkvince
or
Buy Here
Copyright © 2020 American Booksellers Association