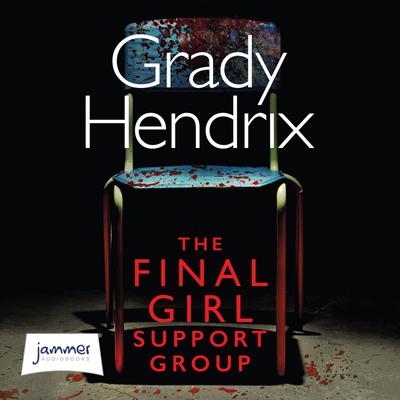 “Lynnette has been going to the same support group for years — only this isn't a normal support group. It’s a secret group for final girls. This is a fast-paced and shocking thriller that I couldn't put down!”
— Katie Cerqua, Gramercy Books, Bexley, OH
View the List

A fast-paced, thrilling horror novel that follows a group of heroines to die for, from the brilliant New York Times bestselling author of The Southern Book Club's Guide to Slaying Vampires.

In horror movies, the final girl is the one who’s left standing when the credits roll. The one who fought back, defeated the killer, and avenged her friends. The one who emerges bloodied but victorious. But after the sirens fade and the audience moves on, what happens to her?

Lynnette Tarkington survived a massacre twenty-two years ago, and it has defined every day of her life since. And she's not alone. For more than a decade she’s been meeting with five other final girls and their therapist in a support group for those who survived the unthinkable, putting their lives back together, piece by piece. That is until one of the women misses a meeting and Lynnette's worst fears are realized—someone knows about the group and is determined to take their lives apart again, piece by piece.

But the thing about these final girls is that they have each other now, and no matter how bad the odds, how dark the night, how sharp the knife, they will never, ever give up.

“Sizzles with action, originality and a gleaming concept as sharp as a scalpel.” CHARLAINE HARRIS

“A (bloody) valentine to the slasher franchises of the VHS era, but also a smart novel about survivor guilt and the concept of the enduring heroine.” Kim Newman, author of Anno Dracula

“Pray for morning, wish for speed, and be as quiet as you can, it doesn't matter Grady's Hendrix's Final Girl Support Group already knows where you live and breathe.” Stephen Graham Jones

Praise for The Southern Book Club's Guide to Slaying Vampires

“[A] clever, addictive vampire thriller This powerful, eclectic novel both pays homage to the literary vampire canon and stands singularly within it.” Publishers Weekly, starred review

“Hendrix cleverly sprinkles in nods to well-established vampire lore, and the fact that he's a master at conjuring heady 1990s nostalgia is just the icing on what is his best book yet. Fans of smart horror will sink their teeth into this one.” Kirkus Reviews, starred review

“Hendrix has masterfully blended the disaffected housewife trope with a terrifying vampire tale, and the anxiety and tension are palpable...a cheeky, spot-on pick for book clubs.” Booklist, starred review