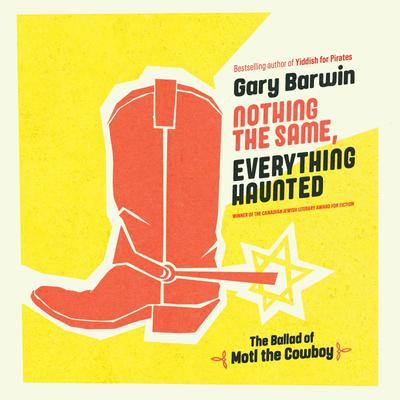 Nothing the Same, Everything Haunted (Digital Audiobook)

GARY BARWIN is a writer, composer, and multidisciplinary artist and the author of twenty-three books of poetry, fiction and books for children. His recent national bestselling novel, Yiddish for Pirates, won the Stephen Leacock Medal for Humour as well as the Canadian Jewish Literary Award and the Hamilton Literary Award. It was also a finalist for both the Scotiabank Giller Prize and the Governor General's Literary Award for Fiction. For It Is a Pleasure and a Surprise to Breathe: New and Selected Poems was also recently published to much acclaim. A PhD in music composition, Barwin has taught creative writing at a number of colleges and universities. His prose and poetry has been published in hundreds of magazine and journals internationally--from Reader's Digest to Granta and the Walrus. Born in Northern Ireland to South African parents of Ashkenazi descent, Barwin lives in Hamilton, Ontario.