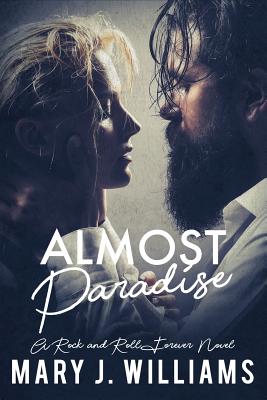 One year. One rule.
NO SEX.Nobody said anything about falling in love.

Music was Jax's life. He knew what he wanted-fame, fortune-and nothing would stand in his way. Then, he met Skye, and everything changed. Suddenly, she became part of his dreams. Too bad her family had other ideas.

Skye's ambitions reached beyond her small hometown. But teaching was a practical profession, acting wasn't. When she met confident, heart melting Jax, she started to believe dreams might really come true. He offered her a way out. One year on the road with his ba. After that? The world.

But Skye was devoted to her family. Her father used guilt as a weapon, one she was powerless to defeat. He agreed to let her go on tour under one condition. A relationship with Jaxon Cross was off limits.

Jax wanted Skye. Not having her body didn't stop his love from growing stronger every day. But his feelings make him vulnerable. When he believes she betrayed him, their world implodes.

Secrets and lies tore them apart. Can an out of the blue second chance heal two broken hearts? Falling into bed is easy. Falling in love again could change everything.