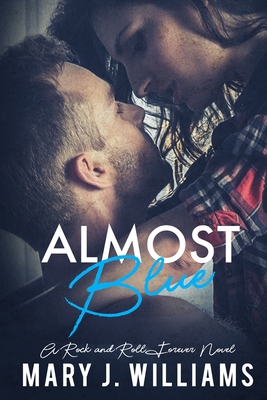 From rock star to fake husband, his life is a mess.
But he isn't ready to give up on the woman he loves.Whoever said nice guys finish last, never met Beck Kramer.

When Beck Kramer's band, Razor's Edge, broke up, his brief rush of fame and fortune left a bad taste in his mouth. Five years later, he's left the music behind and found success working for his family's construction business.

Life is good. Until he meets the woman who makes him take and second look, and a third-beautiful and fiercely independent Sawyer Hale.

Sawyer moved to Eatonville to get away from her past. The last time she fell in love, her heart ended up as roadkill. She's happy without a man. Then, Beck walked into her life. Sexy, sweet, and too tempting for her own good, he turned her stable world upside down.

They said "I do" on a drunken whim; a marriage of convenience. Now, Beck needs to decide if their wedding was a huge mistake or the best decision he ever made.

When does a marriage of convenience cross the line and become inconvenient?When you break rule number one.Don't fall in love with your wife.

Almost Blue is a standalone novel. Grab your copy now.