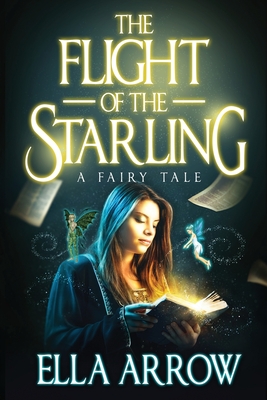 The Flight of The Starling

Princess Lily thought of fairies the way some girls think of "bad boys." If a fairy had shown up at Castle Starling wearing a motorcycle jacket and a disrespect for authority, Princess Lily would have been head over heels before he spoke a word with his pouty, mutinous mouth.

So when two fairies ask for help escaping their master, Prince Alexander, who has come to court her, Lily is forced to rescue herself along with them. Fleeing to Queen Persephone's halfway castle for Lost Girls, Lily follows the cryptic advice of a magical Book, befriends a dragon with a knight bodyguard, and hides from the bounty-hunting gang of princes chasing her hand in marriage.

As The Knightly Times' coverage of her flight gets more and more sensational, Lily starts to doubt her choices. How can she sort out her own opinion from the tabloids, gossip, and fairy tales?