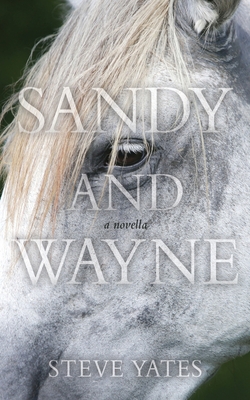 The last thing Sandy Coker needs is love. In the 1990s, she's one of very few women tapped by the Arkansas Highway and Transportation Department to be a lead inspector in the lonesome, cutthroat world of heavy construction. Contractors she minds are transforming the rugged Ozarks and driving new interstate through mountains, treacherous and wild. She holds the key to millions of dollars in compensation for work that can cost not only livelihoods but lives. When she meets dirt foreman Wayne Sheridan of Missouri, stars collide and, for both of them, the timing could not be worse. With prose that evokes the sweeping landscape of the Ozarks and the simple beauty of a country music song, Sandy and Wayne is the story of two lost hearts, clashing ambitions, and possibilities that seem forbidden.

Chosen by New York Times-bestselling author Lauren Groff for the inaugural Knickerbocker Prize and honored by novelist Lisa Zeidner as a finalist for the Faulkner / Wisdom Prize, Sandy and Wayne: A Novella was originally edited by Heather Jacobs and published in the letter-press journal Big Fiction. It was later published again as a standalone book by Dock Street Press in Seattle.