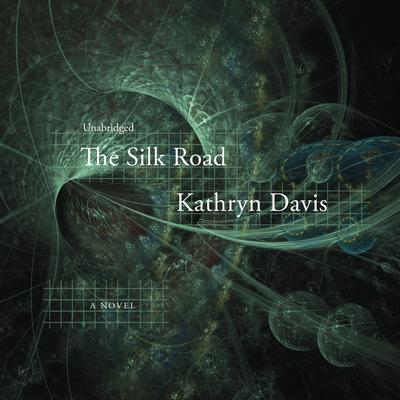 A spellbinding novel about transience and mortality, by one of the most original voices in American literature

The Silk Road begins on a mat in yoga class, deep within a labyrinth on a settlement somewhere in the icy north, under the canny guidance of Jee Moon. When someone fails to arise from corpse pose, the Astronomer, the Archivist, the Botanist, the Keeper, the Topologist, the Geographer, the Iceman, and the Cook remember the paths that brought them there―paths on which they still seem to be traveling.

The Silk Road also begins in rivalrous skirmishing for favor, in the protected Eden of childhood, and it ends in the harrowing democracy of mortality, in sickness and loss and death. Kathryn Davis’ sleight of hand brings the past, present, and future forward into brilliant coexistence; in an endlessly shifting landscape, her characters make their way through ruptures, grief, and apocalypse, from existence to nonexistence, from embodiment to pure spirit.

Since the beginning of her extraordinary career, Davis has been fascinated by journeys. Her books have been shaped around road trips, walking tours, hegiras, exiles: and now, in this triumphant novel, a pilgrimage. The Silk Road is her most explicitly allegorical novel and also her most profound vehicle; supple and mesmerizing, the journey here is not undertaken by a single protagonist but by a community of separate souls―a family, a yoga class, a generation. Its revelations are ravishing and desolating.

Kathryn Davis is an award-winning American novelist. She has taught at Skidmore College, and is now senior fiction writer in the writing program in arts and sciences at Washington University in St. Louis. She is a recipient of the Kafka Prize, the Morton Dauwen Zabel Award from the American Academy of Arts and Letters in 1999, a 2000 Guggenheim Fellowship, and a Lannan Literary Award for Fiction in 2006. Davis lives in Montpelier, Vermont, with her husband, the novelist and essayist Eric Zencey.