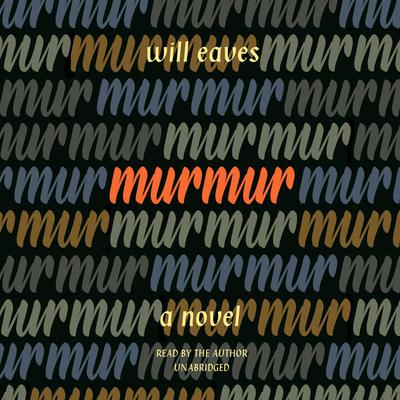 In Murmur, a hallucinatory masterwork, Will Eaves invites us into the brilliant mind of Alec Pryor, a character inspired by Alan Turing. Turing, father of artificial intelligence and pioneer of radical new techniques to break the Nazi Enigma cipher during World War II, was later persecuted by the British state for “gross indecency with another male” and forced to undergo chemical castration. Set during the devastating period before Turing’s suicide, Murmur evokes an extraordinary life, the beauty and sorrows of love, and the nature of consciousness.

Will Eaves is the author of two poetry collections and five novels, including Murmur, the first of his novels to be published in the United States. His work has appeared in The Guardian, New Yorker, and Yale Review, and has been shortlisted for the Costa First Novel Award, Encore Award, Goldsmiths Prize, and BBC National Short Story Award. Previously the arts editor of the Times Literary Supplement, he now teaches writing at the University of Warwick and lives in London.