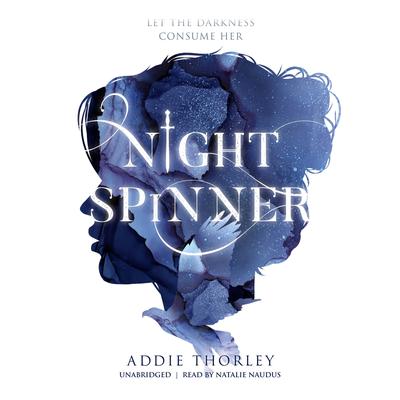 A must-listen for fans of Leigh Bardugo’s Grishaverse, transforming The Hunchback of Notre Dame into a powerful tundra-inspired epic.

Before the massacre at Nariin, Enebish was one of the greatest warriors in the Sky King’s Imperial Army: a rare and dangerous Night Spinner, blessed with the ability to control the threads of darkness. Now, she is known as Enebish the Destroyer―a monster and murderer, banished to a monastery for losing control of her power and annihilating a merchant caravan.

Addie Thorley spent her childhood in the wilds of Utah, playing soccer, riding horses, and scribbling stories. After graduating from the University of Utah with a degree in journalism, she decided “hard news” didn’t contain enough magic and kissing, so she flung herself into the land of fiction and never looked back. She now lives in Princeton, New Jersey, with her husband, daughter, and wolf dog.