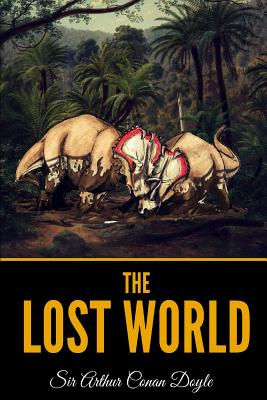 You are aware-or probably, in this half-educated age, you are not aware-that the country round some parts of the Amazon is still only partially explored, and that a great number of tributaries, some of them entirely uncharted, run into the main river. It was my business to visit this little-known back-country and to examine its fauna, which furnished me with the materials for several chapters for that great and monumental work upon zoology which will be my life's justification. I was returning, my work accomplished, when I had occasion to spend a night at a small Indian village at a point where a certain tributary-the name and position of which I withhold-opens into the main river. The natives were Cucama Indians, an amiable but degraded race, with mental powers hardly superior to the average Londoner. I had effected some cures among them upon my way up the river, and had impressed them considerably with my personality, so that I was not surprised to find myself eagerly awaited upon my return. I gathered from their signs that someone had urgent need of my medical services, and I followed the chief to one of his huts. When I entered I found that the sufferer to whose aid I had been summoned had that instant expired. He was, to my surprise, no Indian, but a white man; indeed, I may say a very white man, for he was flaxen-haired and had some characteristics of an albino. He was clad in rags, was very emaciated, and bore every trace of prolonged hardship. So far as I could understand the account of the natives, he was a complete stranger to them, and had come upon their village through the woods alone and in the last stage of exhaustion. - Taken from "The Lost World" written by Sir Arthur Conan Doyle.
or
Buy Here
Copyright © 2020 American Booksellers Association