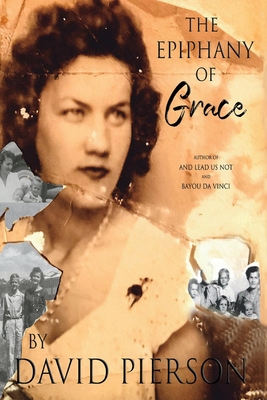 The Epiphany of Grace

A Memoir by David Pierson

"The Epiphany of Grace" is a true story of a single mother's struggle to raise four children in the segregated South of the 1960s. Deserted after thirteen years of marriage Grace leaves California to return to her home state of Louisiana and is immediately confronted with everything she had escaped, the racial prejudices of her family, the social morés of the time, discrimination of women, and poverty wages in the workplace. This story shifts from poignant scenes of deep emotion to laugh-out-loud chapters as this heroic woman remains committed to providing for her children.

July 12, 1948 – December 10, 2019
David Pierson was a resident of New Orleans and a professional writer who published more than two million words.
David started as a reporter for a weekly newspaper and moved on to become editor for numerous business publications. For ten years he wrote, edited and published Child Care Review, a national publication for child care center owners and directors, and served as ghost writer and editor for others in the non-fiction field. He was experienced in research, both scholarly and investigative, and his surveys and findings have been referenced not just in national publications but also in The Congressional Record. He also sold a screenplay, Eliminating Deadwood, and a three-act comedy, The Resurrection Man. Finally he decided to move away from the business publication field because he wanted to devote more time to his true passion, writing. So David returned to the classroom.
David was an experienced public speaker and was interviewed numerous times on television, radio and newspaper. He spoke nationally in many different venues. As a teacher, he was always on stage, and his students will tell you what they like best about his classes was his story-telling.
In New Orleans David was the face of chess. That is because he founded the Louisiana Scholastic Chess League in 1985, the longest-running scholastic chess league in the country, and has taught the game to more than four thousand children. Many of these children have progressed, winning city, state, regional and national championships. Chess Life magazine featured his achievements in one of its issues.
Other books by David Pierson
And Lead Us Not
Bayou Da Vinci
Loading...
or
Not Currently Available for Direct Purchase