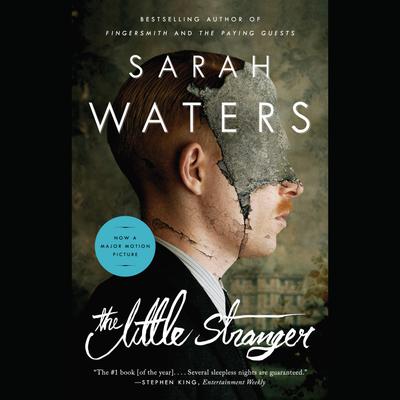 Soon to be a major motion picture, directed by Lenny Abrahamson and starring Domhnall Gleeson and Ruth Wilson.

One postwar summer in his home of rural Warwickshire, Dr. Faraday, the son of a maid who has built a life of quiet respectability as a country physician, is called to a patient at lonely Hundreds Hall. Home to the Ayres family for over two centuries, the Georgian house, once impressive and handsome, is now in decline, its masonry crumbling, its gardens choked with weeds, the clock in its stable yard permanently fixed at twenty to nine. Its owners—mother, son, and daughter—are struggling to keep pace with a changing society, as well as with conflicts of their own. But are the Ayreses haunted by something more sinister than a dying way of life? Little does Dr. Faraday know how closely, and how terrifyingly, their story is about to become intimately entwined with his.

Sarah Waters is the New York Times–bestselling author of The Little Stranger, The Night Watch, Fingersmith, Affinity, and Tipping the Velvet. She has three times been short-listed for the Man Booker Prize, twice been a finalist for the Orange Prize, and was named one of Granta’s best young British novelists, among other distinctions. Waters lives in London.