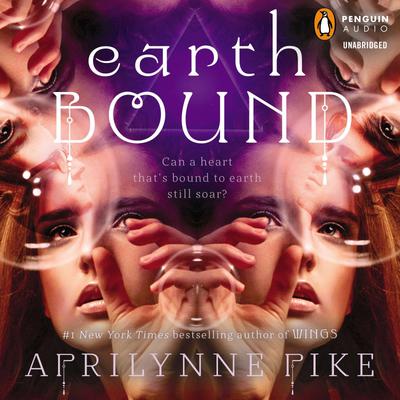 Tavia Michaels is the sole survivor of the plane crash that killed her parents. When she starts to see strange visions of a boy she’s never spoken with in real life, she begins to suspect that there’s much about her past that she isn’t being told. Tavia will soon to discover that she’s an Earthbound—someone with the ability to create matter out of nothing—and that she alone holds the key to stopping the Reduciata, an evil society that manipulates global events for its own shadowy purposes. Tavia will ultimately have to make a choice: to come into her powers and save the world from the evil Reduciata or to choose free will and a love of her own.

#1 New York Times bestselling author Aprilynne Pike has created a heart-stopping romance built on a love triangle like you’ve never seen before and filled with epic stakes and a centuries-long conspiracy. Give it to fans of Nightshade and Fallen.

Aprilynne Pike (www.aprilynnepike.com) is the #1 New York Times bestselling author of the Wings series. She has been spinning stories since she was a child with a hyperactive imagination. When not writing, Aprilynne can usually be found out running; she also enjoys singing, acting, and (of course!) reading books about magic and kissing. Aprilynne lives in Arizona with her husband and four kids.