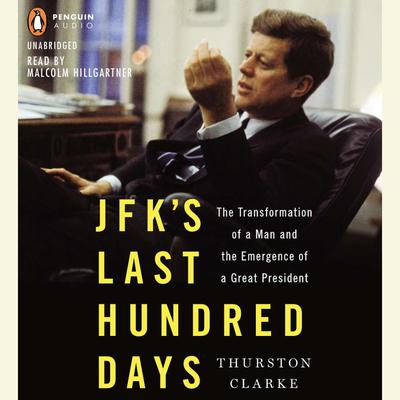 Fifty years after his assassination, President John F. Kennedy’s legend endures. Noted author and historian Thurston Clarke reexamines the last months of the president’s life to show a man in the midst of great change, both in his family and in the key issues of his day: the cold war, civil rights, and Vietnam, finally on the cusp of making good on his extraordinary promise. JFK’s Last Hundred Days presents a gripping account that weaves together Kennedy’s public and private lives, explains why the grief following his assassination has endured so long, and solves the most tantalizing Kennedy mystery of them all—not who killed him but who he was when he was killed and where he would have led us.
Loading...