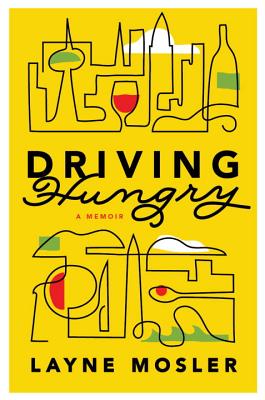 A delicious memoir that takes us from Buenos Aires to New York to Berlin as the author, driven by wanderlust and an unrelenting appetite, finds purpose, passion, and unexpected flavor.
After putting her dream of opening her own restaurant on hold, Layne Mosler moves to Buenos Aires to write about food. But she is also in search of that elusive something that could give shape to her life. One afternoon, fleeing a tango club following a terrible turn on the dance floor, she impulsively asks her taxista to take her to his favorite restaurant. Soon she is savoring one of the best steaks of her life and, in the weeks that follow, repeating the experiment with equally delectable results. So begins the gustatory adventure that becomes the basis for Mosler's cult blog, Taxi Gourmet. It eventually takes her to New York City, where she continues her food quests, hailing cabs and striking up conversations from the back seat, until she meets a pair of extraordinary lady cab drivers who convince her to become a taxi driver herself. Between humbling (and hilarious) episodes behind the wheel, Mosler reads about the taxi drivers in Berlin, who allegedly know as much about Nietzsche as they do about sausage. Intrigued, she travels to the German capital, where she develops a passion for the city, its restlessness, its changing flavors, and a certain fellow cab driver who shares her love of the road.
With her vivid descriptions of places and people and food, Mosler has given us a beguiling book that speaks to the beauty of chance encounters and the pleasures of not always knowing your destination.

LAYNE MOSLER has written for New York magazine, The Guardian/Observer, NPR Berlin, and the Travel Channel s worldhum.com, among other venues. She lives in Berlin."
Loading...
or
Not Currently Available for Direct Purchase