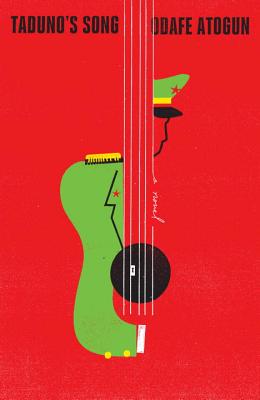 HERE IS THE STUNNING DEBUT from a fresh Nigerian literary voice: a mesmerizing, deceptively simple, Kafkaesque narrative, resonant of the myth of Orpheus andEurydice and lightly informed by the life of Nigerian musical superstar Fela Kuti—powerful story of love, sacrifice and courage.

The day a stained brown envelope is delivered from Taduno’s homeland, he knows that the time has come to return from exile. Arriving full of hope, the musician discovers that his people no longer recognize him, and no one recalls his voice. His girlfriend, Lela, has disappeared, abducted by government agents. Taduno wanders through his house in search of clues, but all traces of his old life have been erased. As he becomes aware that all that is left of himself is an emptiness, Taduno finds new purpose: to unravel the mystery of his lost life and to find his lost love. But soon he must face a difficult decision: to fight the power or save his woman, to sing for love or for his people.

Praise For Taduno's Song: A Novel…

“Burning with magic and loss, exile and return, beauty and heartache, Taduno’s Song is a colossal epic disguised as a small novel.”—Marlon James, author of the Man Booker Prize-winning A Brief History of Seven Killings.

"This quiet novel is an original. It is as if the writer, Mr. Atogun, has plunged into the depth the sea of Nigeria's history and returned with a leviathan, and has invited us to see—and be amused, troubled, scared, and even angry. And we can not help but look"—Chigozie Obioma, author of the American Library Association's top debut novel, The Fishermen

"Uniting a retelling of the Orpheus myth, an indictment of totalitarian inhumanity, and a Kafkaesque meditation on identity within the spare language of fable, Atogun’s memorable debut novel testifies to the power of both oppression and art"—Publishers Weekly (starred review)

"Atogun is not without Kafka's often humane and comic touches. Like Orwell, Atogun excels in plain language, in reducing situations to their bare essentials. Yet the author resists reducing his characters to mere political symbols. They are compelling as people in their own right."—Bookpage


"This beautiful little book deserves a place on the shelf. Thoughtful readers will be enthralled."—Library Journal

ODAFE ATOGUN was born in Nigeria, in the town of Lokoja, where the Niger and Benue rivers meet. He studied journalism at the Times Journalism Institute in Lagos and is now a fulltime writer. He is married and lives in Abuja.
Loading...
or
Not Currently Available for Direct Purchase