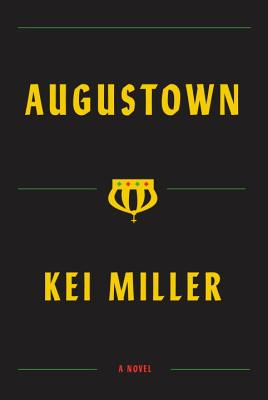 11 April 1982: a smell is coming down John Golding Road right alongside the boy-child, something attached to him, like a spirit but not quite. Ma Taffy is growing worried. She knows that something is going to happen. Something terrible is going to pour out into the world. But if she can hold it off for just a little bit longer, she will. So she asks a question that surprises herself even as she asks it, "Kaia, I ever tell you bout the flying preacherman?"

Set in the backlands of Jamaica, Augustown is a magical and haunting novel of one woman’s struggle to rise above the brutal vicissitudes of history, race, class, collective memory, violence, and myth.

Praise For Augustown: A Novel…

ONE OF PUBLISHERS WEEKLY'S BEST BOOKS OF 2017

“A deceptive spellbinder, a metafiction so disguised as old-time storytelling that you can almost hear the crackle of home fires as it starts. But then it gets you with twists and turns, it seduces and shocks you even as it wrestles with the very nature of storytelling itself. It’s the story of women haunted by women, and of the dangers of both keeping secrets and saying too much.”
—Marlon James, author of Man Booker Prize-winning A Brief History of Seven Killings


"The richness and heft that is lost in the making of official accounts of the world is one of Miller’s favorite themes... Where the poet’s touch in “Augustown” becomes detectable is in the novel’s epigrammatic concision and in the loping, conversational cadence of so many of its sentences... The barely perceptible Caribbean lilt in Miller’s prose exerts a hypnotic effect that is one of the great pleasures of Augustown...An expansive talent, of a writer stretching to catch up with his own curiosity and fertility...The center of the novel, Miller’s portrait of Augustown, holds."
—Laura Miller, The New Yorker


"Brilliant... Moving... Each observant sentence in this gorgeous book is a gem."
—The New York Times Book Review


"The structure of “Augustown’’ is pleasingly loose — a regular feature of novels written by poets, who seem to enjoy sauntering about once they’ve escaped the house of poetry... Miller’s poetry provides memorable line after line...If anything maps the way to Zion, Miller suggests, it’s this continued witness to untold history, this attention to how the glimmer of the future might be seen in the past."
—The Boston Globe


"A deeply interesting historical novel, not least because it covers matters little-known beyond Jamaica...Kei Miller’s considerable skills show vividly in his control of this back-and-forth narration...He is equally adept at characterization. Kaia is a lovely portrait of a little boy, and Ma Taffy is only the most important and lively of the people who seem to jump from his pages. Not least of the means used to power them is their Jamaican speech, sparkling with adjective and metaphor, inventive in syntax, studded with old words from England and Africa. Readers can almost see Kei Miller having fun writing this dialogue. Indeed, Augustown feels like a novel that its author enjoyed writing. It’s certainly a serious pleasure to read."
—The Washington Times


"Miller’s novel exhales the breathy immediacy of the here and now...Augustown offers a compelling variation on the theme that black lives matter... As with Marlon James’ A Brief History of Seven Killings, it demands [to] be heard."
—Minneapolis Star Tribune


“A rueful portrait of the enduring struggle between those who reject an impoverished life… and the forces that hold them in check… Miller infuses his lyrical descriptions of the island’s present with the weight of its history.”
—Publishers Weekly (starred review)


“Set in the backlands of Jamaica, this is a magical and haunting novel of one woman’s struggle to rise above the constraints of history, race, class, collective memory, violence, and myth. Miller’s storytelling is moving, poetic, and inventive.”
—Lisa Lucas, Page Turners for 2017, Martha Stewart Magazine


“Miller’s writing has a cool immediacy [that] gives more than a nod to García Márquez… A vivid modern fable, richly nuanced and empathetic.”
—The Guardian


“The language is as clear as spring water, the characters are vividly drawn.”
—The Observer


“Miller’s storytelling is superb, its power coming from the seamless melding of the magical and the everyday that gives his novel a significant fabular quality.”
—The Sunday Times (London)

KEI MILLER is the author of two previous novels, several poetry collections, and Fear of Stones and Other Stories, which was short-listed for the Commonwealth Writer's Prize for Best First Book. In 2014, he won the Forward Prize for Best Poetry Collection for The Cartographer Tries to Map a Way to Zion. Born in Jamaica, he lives in London and teaches creative writing at Royal Holloway, University of London.
Loading...
or
Not Currently Available for Direct Purchase