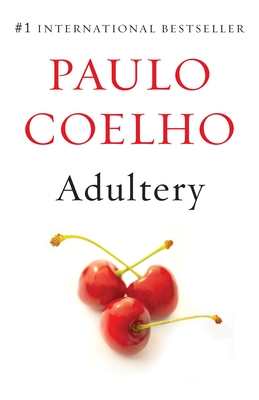 Adultery, the provocative new novel by Paulo Coelho, best-selling author of The Alchemist and Eleven Minutes, explores the question of what it means to live life fully and happily, finding the balance between life's routine and the desire for something new.

“Adultery perfectly illustrates the faint line between madness and insanity, happiness and unhappiness and the eternal search for our own ‘personal legend.’” —Daily Express (London)

“A novelist who writes in a universal language.” —The New York Times

“Spiritualists and wanderlusts will eagerly devour . . . [Coelho’s] search for all things meaningful.” —The Washington Post

“A cerebral and subtle writer.” —The New York Journal of Books

“[Coelho’s] books have had a life enhancing impact on millions of people.” —The Times (London)

PAULO COELHO is the author of many international best sellers, including The Alchemist, Eleven Minutes, The Pilgrimage, The Fifth Mountain, and Adultery, among others. He has been a member of the Academy of Letters of Brazil since 2002 and in 2007 was named a Messenger of Peace by the United Nations. In 2003, he received the Guinness World Record for most translations of a single title (The Alchemist) signed by the author in one sitting and several years later, in 2009, he received a new Guinness World Record for most translated author for the same book (also for The Alchemist).

Paulo Coelho’s books have been translated into 88 languages and have sold more than 320 million copies in more than 170 countries. His novel, The Alchemist, one of the most influential books of all time, has sold more than 85 million copies and has been cited as an inspiration by people as diverse as Malala Yousafzai and Pharrell Williams. He has received numerous prestigious international awards, including the Hans Christian Andersen Award and the Chevalier de l’Ordre National de la Légion d’Honneur, to name a few.