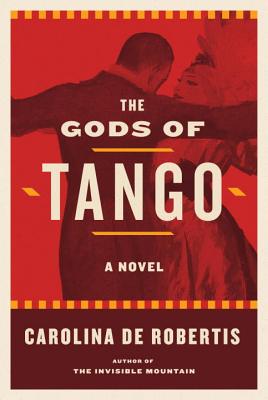 The Gods of Tango

A San Francisco Chronicle Best Book of 2015 An NBC Latino Selection for Ten Great Latino Books Published in 2015 February 1913: seventeen-year-old Leda, clutching a suitcase and her father's cherished violin, leaves her small Italian village for a new home (and husband) halfway across the world in Argentina. Upon her arrival in Buenos Aires, Leda is shocked to find that her bridegroom has been killed. Unable to fathom the idea of returning home, she remains in this unfamiliar city, living in a commune, without friends or family, on the brink of destitution. She finally acts on a passion she has kept secret for years: mastering the violin. Leda is seduced by the music that underscores life in the city: tango, born from lower-class immigrant voices, now the illicit, scandalous dance of brothels and cabarets. Leda knows, however, that she can never play in public as a woman, so she cuts off her hair, binds her breasts, and, as a young man, joins a troupe of musicians bent on bringing tango into the salons of high society. As time progresses, the lines between Leda and her disguise will begin to blur, and feelings that she has long kept suppressed will reveal themselves, jeopardizing not only her music career but her life itself. With evocative scenery, prose suffused with the rhythms of the tango, and a deep, resonant core, De Robertis delivers her most accomplished novel yet.

CAROLINA DE ROBERTIS, a writer of Uruguayan origins, grew up in England, Switzerland, and California. She is the author of two previous novels, Perla and The Invisible Mountain (a Best Book of 2009 according to the San Francisco Chronicle; O, The Oprah Magazine; and Booklist), and the recipient of Italy's Rhegium Julii Prize and a 2012 fellowship from the National Endowment for the Arts. Her writings and literary translations have appeared in Zoetrope: All-Story, Granta, The Virginia Quarterly Review, the anthology Immigrant Voices, and elsewhere. Her novels have been translated into sixteen languages. She lives in Oakland, California. www.carolinaderobertis.com