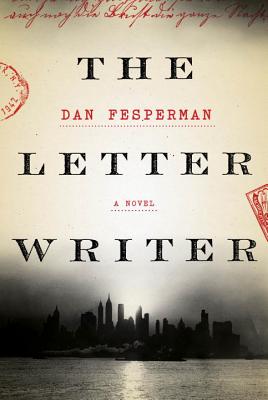 The first thing Woodrow Cain sees when he steps off the train in New York City on February 9, 1942, is smoke from an ocean liner in flames in the harbor. It’s the Normandie, and word on the street is that it was burned by German saboteurs. “Ten lousy minutes in New York and already his new life felt as full of loss and betrayal as the one he’d left behind.”

What he left behind in a small North Carolina town was a wife who’d left him, a daughter in the care of his sister, and a career as a police officer marred by questions surrounding his partner’s murder. When he gets a job with the NYPD, he wants to believe it’s the beginning of a new life, though he suspects that the past is as tenacious as “a parasite in the bloodstream.”

It’s on the job that Cain comes in contact with a man who calls himself Danziger. He has the appearance of a “crackpot,” but he speaks five languages, has the manners of a man of means and education—and he appears to be the one person who can help Cain identify a body just found floating in the Hudson River. But who exactly is Danziger? He’s a writer of letters for illiterate immigrants on Manhattan’s Lower East Side—“a steadfast practitioner of concealing and forgetting” for his clients, and perhaps for himself: he hints at a much more worldly past. What and whoever he really is or has been, he has a seemingly boundless knowledge of the city and its denizens. And he knows much more than the mere identity of the floating corpse. For one thing, he knows how the dead man was involved in New York City’s “Little Deutschland,” where swastikas were proudly displayed just months before. And he also seems to know how the investigation will put Cain—and perhaps his daughter and the woman he’s fallen for—in harm’s way. But even Danziger can’t know that the more he and Cain investigate, the nearer they come to the center of a citywide web of possibly traitorous corruption from which neither of them may get out alive.

Praise For The Letter Writer: A novel…

Praise for The Letter Writer

“Intelligent . . . Fesperman shows a skilled hand at creating the detail of wartime New York—the vitality of the German Yorkville section, the hysteria following the bombing of the luxury liner the Normandie, the influence of mobster Meyer Lansky. . . . The likable and well-drawn [protagonist] will go over well with readers, especially those fond of historicals.”
—Publishers Weekly

“Fesperman’s troop of characters, historic and fictional, makes New York come alive with conspiracy and mystery. . . . A Sherlock-like creation . . . the story kicks into thriller overdrive. Fesperman gives us a well-crafted novel steeped in the politics and street life of the 1940s New York, and in the letter writer, he’s created a character who will stay with you long after the last shot is fired.”
—Kirkus Reviews

“The WWII alliance between the Mafia and the U.S. government has been explored in crime fiction before . . . but never in such compelling fashion as Fesperman does here. . . . What makes this novel shine is the way Fesperman combines it with the mobsters-as-patriots angle and with the rich character of the letter writer. A multifaceted mix of mystery and historical fiction.”
—Bill Ott, Booklist

“Fesperman [is] one of the most talented of the new generation of American spy writers. . . . The future of the spy novel is in safe hands.”
—Geoffrey Wansell, The Daily Mail

“You come away from a Fesperman novel not only abuzz with the exhilaration of the chase, but also aware that you’ve absorbed something of the complexity of the world’s conflicts.”
—Charles Matthews, San Francisco Chronicle

“Fesperman is a skillful, unpretentious writer who deftly incorporates his extensive knowledge of the period.”
—Anna Mundow, Boston Globe

“Mr. Fesperman is honing the genre of intelligent political thrillers. Foreign correspondents should note: they now have some new standards to match.”
—The Economist

“Fesperman is the most dependably entertaining, politically engaged writer you may never have heard of.”
—Doug Childers, Richmond Times-Dispatch

DAN FESPERMAN's travels as a journalist and novelist have taken him to thirty countries and three war zones. Lie in the Dark won the Crime Writers’ Association of Britain’s John Creasey Memorial Dagger Award for best first crime novel, The Small Boat of Great Sorrows won their Ian Fleming Steel Dagger Award for best thriller, and The Prisoner of Guantánamo won the Dashiell Hammett Award from the International Association of Crime Writers.

www.danfesperman.com
Loading...
or
Not Currently Available for Direct Purchase