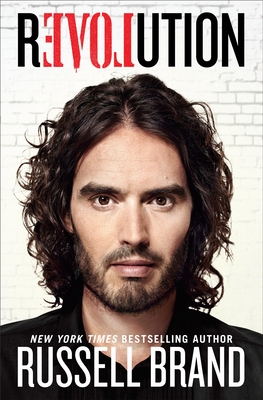 We all know the system isn’t working. Our governments are corrupt and the opposing parties pointlessly similar. Our culture is filled with vacuity and pap, and we are told there’s nothing we can do: “It’s just the way things are.”

In this book, Russell Brand hilariously lacerates the straw men and paper tigers of our conformist times and presents, with the help of experts as diverse as Thomas Piketty and George Orwell, a vision for a fairer, sexier society that’s fun and inclusive.

You have been lied to, told there’s no alternative, no choice, and that you don’t deserve any better. Brand destroys this illusory facade as amusingly and deftly as he annihilates Morning Joe anchors, Fox News fascists, and BBC stalwarts.

This book makes revolution not only possible but inevitable and fun.

Russell Brand is a British comedian, actor, radio host, and author. He has had a number of major film roles including parts in Forgetting Sarah Marshall and Get Him to the Greek. His most recent stand-up show was the critically acclaimed Messiah Complex, which included his views on Malcolm X, Jesus, Che Guevara, and Gandhi. He was selected by the Dalai Lama to host the Buddhist leader’s 2012 youth event in Manchester, England.
Loading...
or
Not Currently Available for Direct Purchase