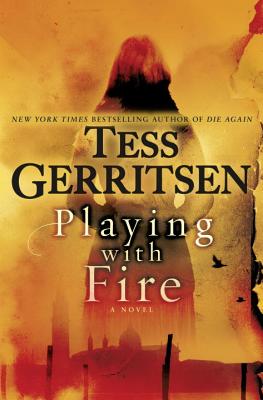 In a shadowy antiques shop in Rome, violinist Julia Ansdell happens upon a curious piece of music--the Incendio waltz--and is immediately entranced by its unusual composition. Full of passion, torment, and chilling beauty, and seemingly unknown to the world, the waltz, its mournful minor key, its feverish arpeggios, appear to dance with a strange life of their own. Julia is determined to master the complex work and make its melody heard. Back home in Boston, from the moment Julia's bow moves across the strings, drawing the waltz's fiery notes into the air, something strange is stirred--and Julia's world comes under threat. The music has a terrifying and inexplicable effect on her young daughter, who seems violently transformed. Convinced that the hypnotic strains of Incendio are weaving a malevolent spell, Julia sets out to discover the man and the meaning behind the score. Her quest beckons Julia to the ancient city of Venice, where she uncovers a dark, decades-old secret involving a dangerously powerful family that will stop at nothing to keep Julia from bringing the truth to light. Praise for Playing with Fire

"Compelling . . . I defy you to read the first chapter and not singe your fingers reading the rest."--David Baldacci "One of the best and most original thrillers of the year."--Providence Journal " A] novel brimming with emotion, literary description, and psychological suspense."--The Huffington Post

"Will make readers drop everything to immerse themselves in its propulsive dual narrative."--Los Angeles Times

New York Times bestselling author Tess Gerritsen earned international acclaim for her first novel of suspense, Harvest. She introduced detective Jane Rizzoli in The Surgeon (2001) and Dr. Maura Isles in The Apprentice (2002) and has gone on to write numerous other titles in the celebrated Rizzoli & Isles series, most recently The Mephisto Club, The Keepsake, Ice Cold, The Silent Girl, Last to Die, and Die Again. Her latest novel is the standalone thriller Playing with Fire. A physician, Tess Gerritsen lives in Maine.
Loading...
or
Not Currently Available for Direct Purchase