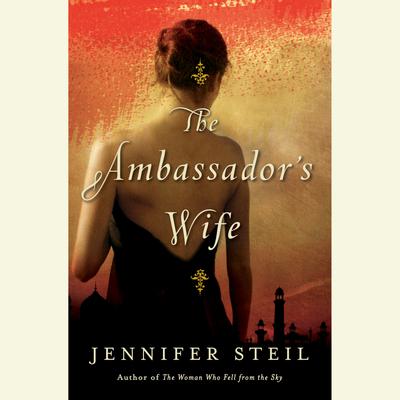 From a real-life ambassador's wife comes a harrowing novel about the kidnapping of an American woman in the Middle East and the heartbreaking choices she and her husband each must make in the hope of being reunited.

When bohemian artist Miranda falls in love with Finn, the British ambassador to an Arab country, she finds herself thrust into a life for which she has no preparation. The couple and their toddler daughter live in a stately mansion with a staff to meet their every need, but for Miranda even this luxury comes at a price: the loss of freedom. Trailed everywhere by bodyguards to protect her from the dangers of a country wracked by civil war and forced to give up work she loves, she finds her world shattered when she is taken hostage, an act of terror with wide-reaching consequences.

Diplomatic life is a far cry from Miranda’s first years in Mazrooq, which were spent painting and mentoring a group of young Muslim women, teaching them to draw in ways forbidden in their culture. As the novel weaves together past and present, we come to see how Finn and Miranda’s idealism and secrets they have each sought to hide have placed them and those who trust them in peril. And when Miranda grows close to a child who shares her captivity, it is not clear that even being set free would restore the simple happiness that once was hers and Finn’s. Suspenseful and moving, The Ambassador’s Wife is a story of love, marriage, and friendship tested by impossible choices.

Jennifer Steil is the author of The Woman Who Fell from the Sky, a memoir about her experiences running a newspaper in Yemen. She lives in Bolivia, where her husband is the European Union ambassador.