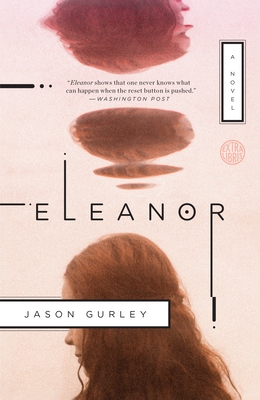 When a terrible accident claims the life of Eleanor’s twin, her family is left in tatters, and her reality begins to unravel, dropping her in and out of unfamiliar worlds. When she returns to her own time and place, hours and days have flown by without her. One fateful day, Eleanor leaps from a cliff...and vanishes. In a strange in-between place, she meets a mysterious stranger who understands the weight of her family history: Eleanor’s twin wasn’t the only tragic loss. And unless Eleanor can master her strange new abilities, she may not be the last.

Praise For Eleanor: A Novel…

“Th[e] violent rift between past and present affords each woman the chance to offer her own kind of repentance and forgiveness and redemption. In the end, “Eleanor” shows that one never knows what can happen when the reset button is pushed.”
–Washington Post

“Eleanor is deep — a really poignant, moving story that will surprise you with how smart it is. The novel turns a traditional tragic narrative on its head with compelling elements of science fiction and fantasy. It’s a touching story that sneaks up on you, working on multiple levels that pay off in a series of emotional uppercuts in the final pages. Read it and weep.”
–Daniel H. Wilson, bestselling author of Robopocalypse

“A virtuoso performance… Eleanor might just be the book of the year.”
–Russell Blake, bestselling author of Jet

“Jason Gurley’s Eleanor is an ambitious book of many wonders, an intricately crafted saga spanning three generations, by turns otherworldly and heartbreakingly true.”
—Elizabeth Collison, author of Some Other Town

“Haunting...if you liked The Ocean at the End of the Lane, you'll love Eleanor.”
—Peter Cawdron, author of Feedback

“Jason Gurley is the kind of storyteller that makes you excited to sit down and spend a day reading.”
—Ted Kosmatka, author of Prophet of Bones

JASON GURLEY is the author of Greatfall, The Man Who Ended the World, and the fiction collection Deep Breath Hold Tight, among other works. His stories have appeared in the anthologies Loosed Upon the World and Help Fund My Robot Army!!! He was raised in Alaska and Texas, and now lives and writes in Portland, Oregon.
Loading...
or
Not Currently Available for Direct Purchase