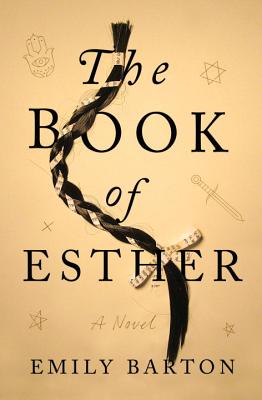 The Book of Esther

What if an empire of Jewish warriors that really existed in the Middle Ages had never fallen—and was the only thing standing between Hitler and his conquest of Russia?

Eastern Europe, August 1942. The Khazar kaganate, an isolated nation of Turkic warrior Jews, lies between the Pontus Euxinus (the Black Sea) and the Khazar Sea (the Caspian). It also happens to lie between a belligerent nation to the west that the Khazars call Germania—and a city the rest of the world calls Stalingrad.

After years of Jewish refugees streaming across the border from Europa, fleeing the war, Germania launches its siege of Khazaria. Only Esther, the daughter of the nation’s chief policy adviser, sees the ominous implications of Germania's disregard for Jewish lives. Only she realizes that this isn’t just another war but an existential threat. After witnessing the enemy warplanes’ first foray into sovereign Khazar territory, Esther knows she must fight for her country. But as the elder daughter in a traditional home, her urgent question is how.

Before daybreak one fateful morning, she embarks on a perilous journey across the open steppe. She seeks a fabled village of Kabbalists who may hold the key to her destiny: their rumored ability to change her into a man so that she may convince her entire nation to join in the fight for its very existence against an enemy like none Khazaria has ever faced before.

The Book of Esther is a profound saga of war, technology, mysticism, power, and faith. This novel—simultaneously a steampunk Joan of Arc and a genre-bending tale of a counterfactual Jewish state by a writer who invents worlds “out of Calvino or Borges” (The New Yorker)—is a stunning achievement. Reminiscent of Michael Chabon’s The Yiddish Policemen’s Union and Philip Roth’s The Plot Against America, The Book of Esther reaffirms Barton’s place as one of her generation’s most gifted storytellers.

Praise For The Book of Esther: A Novel…

“An imaginative, engrossing, and entertaining storytelling tapestry. . . . As addicting as a Jewish Game of Thrones.” —The New York Times Book Review

“A surreal meld of counterfactual history and Jewish lore. . . . Raises complex questions about alternate history and mythology.” —The New Yorker

“Barton’s audacious tale of an otherworldly uprising against the Nazis is a wild pageant of tumult and valor, magic and inventiveness, which, for all its humor, sensuality, steampunk brio, and full-tilt military action, is profoundly inquisitive. . . . With intimations of Cynthia Ozick and Michael Chabon, Barton is spellbinding and provocative in this refulgent, topsy-turvy, questing fantasy.” —Booklist

“In this thrillingly inventive novel, Emily Barton has created a whole world worth losing yourself in. She sneaks up on you with a story so original you’ll wonder how she found it, and so vital that it seems amazing no one has ever told it before.” —Mary-Louise Parker

“A bold reimagining of some of the darkest history of World War II. Barton’s Esther is like a Jewish Joan of Arc, except the calling she feels is entirely her own—and to honor it, she has to turn the ways of the world upside down.” —Alexander Chee

"It would be tempting to set The Book of Esther alongside other contemporary Jewish counterfactual fiction, like Michael Chabon’s Yiddish Policemen’s Union and Philip Roth’s The Plot Against America. All three focus on the time between the rise of the Nazis and the establishment of the State of Israel, and, in different ways, they scramble the founding myths of postwar American Judaism. But Barton is hunting bigger, more philosophical game than Chabon or Roth, both of whom imagine undoing Zionism or American democracy’s acceptance of Jews; Barton, however, is braiding a rope of alternative tradition, strong and supple enough to hold modernity without breaking.” —The Forward

“The Book of Esther stands out on the originality and success of its imagined world.” —The Kansas City Star

“A glorious mash-up of alternate history, spiritual inquiry, and galloping adventure story, spiced with fantastic technology and a dash of Mulan, The Book of Esther is breathtaking in its ambition and scope.” —Chronogram

“Barton’s novel is an inventive and detailed tale about a nation on the brink of war that will keep the reader interested through the last scene.” —The Jewish Standard

“Emily Barton has formerly reimagined the history of New York, and now she's reconceived historic Europe as an entirely different place, replete with Jewish woman warriors on mechanical steeds and multiplying golems. Exhilarating in its freedom and exacting in its thought—a fine book.” —John Crowley

Emily Barton is the author Brookland and The Testament of Yves Gundron, which were both selected as New York Times Notable Books of the Year. She has received grants from the Guggenheim Foundation, the National Endowment for the Arts, and the Sustainable Arts Foundation. Her essays, short stories, and reviews have appeared in Story, Conjunctions, The Massachusetts Review, Tablet, The Los Angeles Times, and The New York Times Book Review, among many other publications. She lives in the Hudson Valley with her husband and sons.
Loading...
or
Not Currently Available for Direct Purchase